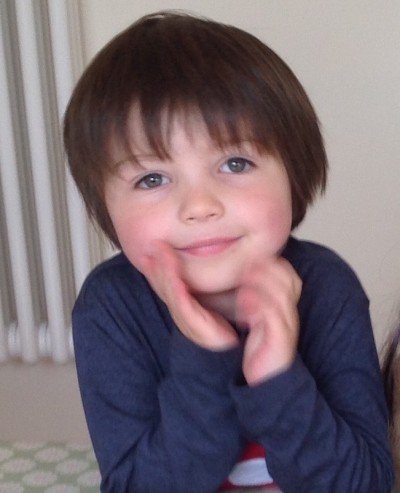 A group of volunteers have pledged to raise money for four year old Harri Gillen and his family to help them support and care for him whilst he battles cancer.

In November 2014 his parents Liz and Lee discovered a lump on his left forearm, they instinctively knew that something was wrong.  Following investigations Harri was diagnosed with a rhabdomyosarcoma tumour, an extremely rare and aggressive cancer that only affects a small number of children in the UK each year. Harri now faces gruelling treatment to fight this cancer including chemotherapy, surgery and radiotherapy.

Harri started chemotherapy in December and will continue to have treatment every three weeks for six months, when he will be reassessed. These hospital admissions are extremely tough on all of the family.

Some friends of the family are on a mission to raise as much money as possible to help Harri and ultimately allow his family to reduce their working hours so that they can spend more time with him.

On 16th May, several volunteers will be climbing Pen Y Fan 10 times in 24 hours. Harri’s Dad is self employed and they want to raise enough money to give the family a little breathing space to spend some time together and not have to worry about the bills.

There will be various other events being organised to raise funds as well as direct appeals. Steve Western has set about organising the fundraising has set a target of £10k to reach. Steve met Lee through the BNI networking group and does a lot of work with Big Moose a non-profit organisation that  inspires people to live better, healthier and kinder lives.

“What started off as just a small fundraising climb with only one or two volunteers has now turned into a grand event with over 40 people signing up for the mountain climb.” said Steve Western, “Funds raised will be used initially to help support the family during the period of Harri’s treatment. Any money raised would significantly help to ensure that both parents were available to take Harri to his appointments, be with him during long hospital stays and care for him at home whilst also meeting all of the needs of his sister Ellie. Some of the money will be put towards  making a few of Harri’s wishes come true, the first of which would be building him a tree house in the garden.”

The family would also like to use part of the funds raised to make a donation to LATCH Welsh Children’s Cancer Charity as a thank you for the support they have received.

If you would like to support Harri and his family in the fight against this cancer, please visit: