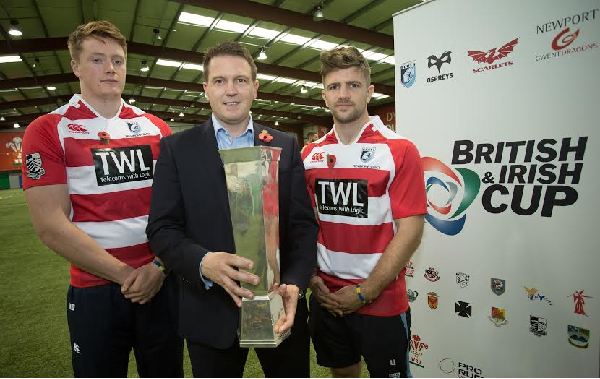 TWL sponsor the Blues’ corporate hospitality suite the TWL Sky Lounge, and are increasing their relationship with the Welsh capital’s premier team.

This is the first year that Premiership select sides will play in the British & Irish cup with each region picking players from their respective premiership clubs. The Blues squad that will play against the likes of London Welsh, Nottingham and Cornish Pirates will be made up of players from Cardiff and Pontypridd RFC.

TWL Voice and Data Managing Director Andrew Nicholson said “We are delighted to be sponsoring the Blues as they support grass roots rugby through the British & Irish cup. Personally, I have been a lifelong supporter of Cardiff and the Blues, and it’s going to be a pleasure seeing TWL on the jersey as the boys run out onto the pitch.

“I think the British & Irish cup is going to be very interesting this year, with Pontypridd alone having done so well in the past against often fully professional sides. Now with the added support of Cardiff and the Blues, I think we have a strong chance of reaching the final stages – and bring home some silverware.”

Matt Church, Commercial Manager at Cardiff Blues, said: “We are thrilled that TWL Voice and Data has extended its support even further by sponsoring the kit that the new Cardiff Blues Premiership Select will wear this season.

“We have always had a fantastic relationship with Andrew and his team and it’s great to see how they have got right behind the new British & Irish Cup format and the development of grassroots rugby in Wales.”