Funeral Directors Advises On The Rising Costs Of Dying 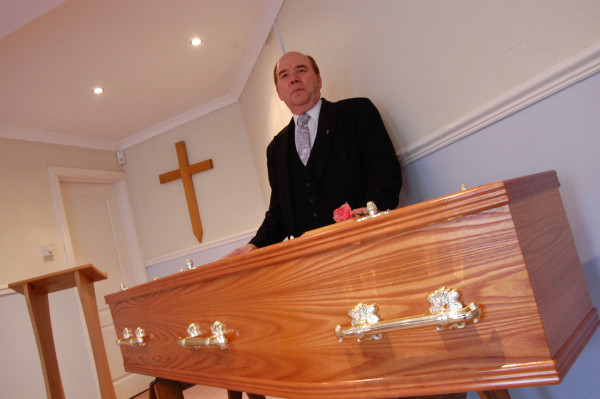 A Swansea funeral director has spoken out about the rising costs of dying in the UK. One in five families is unable to meet the full cost of a funeral. The cost of dying and providing for your loved ones when they pass away is on the rise.

“There are two ways to plan ahead’’ says Alan James, Director of John Edwards Funeral Directors in Morriston, Swansea. ‘‘ You can buy a prepaid funeral or buy insurance aimed to generate an adequate sum at your death.”

Alan continued: “Pre-paid funeral plans insure against rises in the future costs of funerals because the plan provider will pay. But not all costs are included, so the schedule needs to be scrutinised, preferably with your executor to hand.”

That figure breaks down into the non-discretionary or essential costs of funeral directors and fees for cremation and an officiating minister. Due to rises in energy prices the cost of cremation has risen at a consistently higher rate. Even with such increases, a burial is still roughly £1,000 dearer than cremation. One of the fastest-growing costs has been church fees, which at the Church of England shot up from £102 to £160 between 2012 and 2013.

There are independent funeral plans available for people to be better prepared financially for paying for the cost of a funeral.

“More straightforward are life insurance policies.” Alan James continues. “But here there is the risk of costs having risen above the sum insured. Also, with most of these policies you have to pay a premium each year, however long you live, posing the risk that more will be paid in than out. Taking out an independent funeral plan with a provider such as Golden Charter, the UK’s largest provider, is a sensible way to protect yourself against these increases. This is something that we, at John Edwards, offers to our customers.”

More people are turning to the state to cover the cost of their loved ones funerals. The current arrangement of contributions from the state for those people who cannot afford a funeral lacks coherence and this has the potential for creating confusion and frustration as well as exacerbating emotional distress, which many of the participants reported.

People have become more cost conscious and there is much more evidence of people shopping around to check comparative prices. There may be issues for Local Authorities and Hospital Trusts as they are called upon to pay for more funerals from public funds.

John Edwards Funeral Directors is an independent funeral directors located in Swansea.They provide funeral plans to fit every pocket from as little as £1,600 to full traditional funerals for under £3,000. They create a  bespoke package that meets the family’s requirements, from the service and type of coffin, to the music, flowers and readings. This way, the family will find great comfort knowing that their funeral will be carried out according to their wishes.