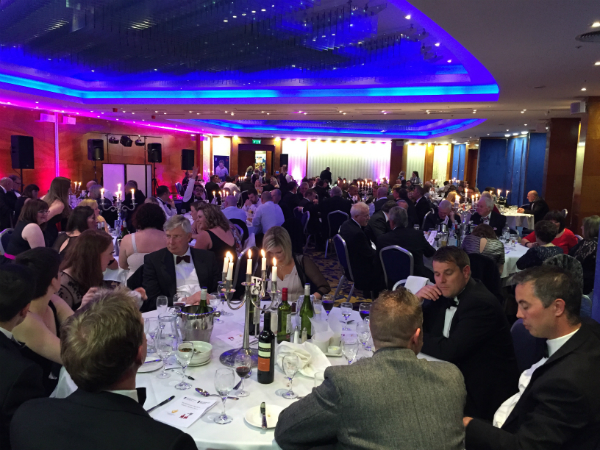 Speaking of the evening, Bartholomew Hawkins director Richard Lord said: ““It was great to see such strong support for Owen and his family. The night was a great end to a year of fundraising for #staystrongforows which has also involved two challenging bike rides for the team. The near-£10,000 we helped to raise will go a long way and the generosity of all guests was remarkable; I’m sure we can continue this in years to come.”

A charity auction was held during the evening, after guests were treated to a three course meal and entertainment from comedy group the Noise Next Door.

Anyone who wishes to donate funds direct to Owen Williams can also do so by sending cheques for the attention of Helen Davies to Cardiff Blues, BT Sport Cardiff Arms Park, Westgate Street, Cardiff, CF10 1JA and made payable to the ‘Welsh Rugby Charitable Trust’ and marked ‘for Owen Williams’.

You can also donate using a Text to Donate number. Text SSFO99 £_ to 70070 to donate an amount of your choice – put the figure of your choice after the ‘£’.