Why are businesses tolerant when it comes to their phone system? 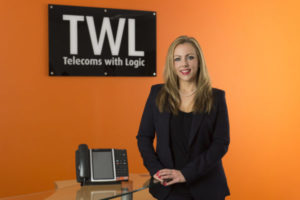 A Cardiff telecoms firm has conducted its own research on how businesses are more likely to accept subpar performance from their telephony infrastructure compared with the output of its people.

TWL Voice and Data, based in east Cardiff, conducted the research among a number of UK businesses and the study found that 76 per cent were prepared to tolerate limited functionality from their telephone system; an alarming majority.

Speaking of the findings, Head of Business development & Marketing Gemma Morris said: “We were surprised to find that business owners and managers were extremely tolerant when it came to poor-performing telephone systems; 76 per cent is a huge majority.

What shocked us was that in other facets of business, such as HR, poor performance would not be as widely accepted. So why is it that we do not accept poor performance from our people, but we entertain it from our technology?”

These claims draw parallel with a study last year that claimed people we more likely to get divorced than change banks.

Speaking at the time, Dr Yseult Freeney, a lecturer in Organisational Psychology at Dublin City University, said: “We tend to assume that human beings are very rational, but our ability to make the best decisions is very limited. We tend to go for the quickest option than to think carefully through all possible scenarios before picking the best possible outcome”.

It is claimed that people tend not to switch providers as it’s better the devil you know, as well as organisations making it difficult to switch. Dr Freeney, an expert in cognitive behavioural therapy (CBT) said: “Businesses make it quite emotionally stressful and time-consuming to change. They don’t make it easy to leave them and you know that if you try to change a mortgage, it’s a huge battle, time-consuming and stressful, and they make us jump through hoops, so the gain has to be very big.”

As a majority, participants stated that their phone system is vital to their business, with 60 per cent declaring it is extremely important to the daily function of the organisation.

Other questions asked as part of the wider research found that 67% prioritise reliability over cost and 55% of participants stated that they preferred older telecom systems over modern technology such as hosted systems.